I now have unearthed more memoriabilia so I think it would be a good idea to redo my last post in a different way, I would like to make the best of  the terrible situation that I find myself in right now.

In my post Unlocking Memories I had narrated how my father was offered a film by Bimal Roy. Here is the 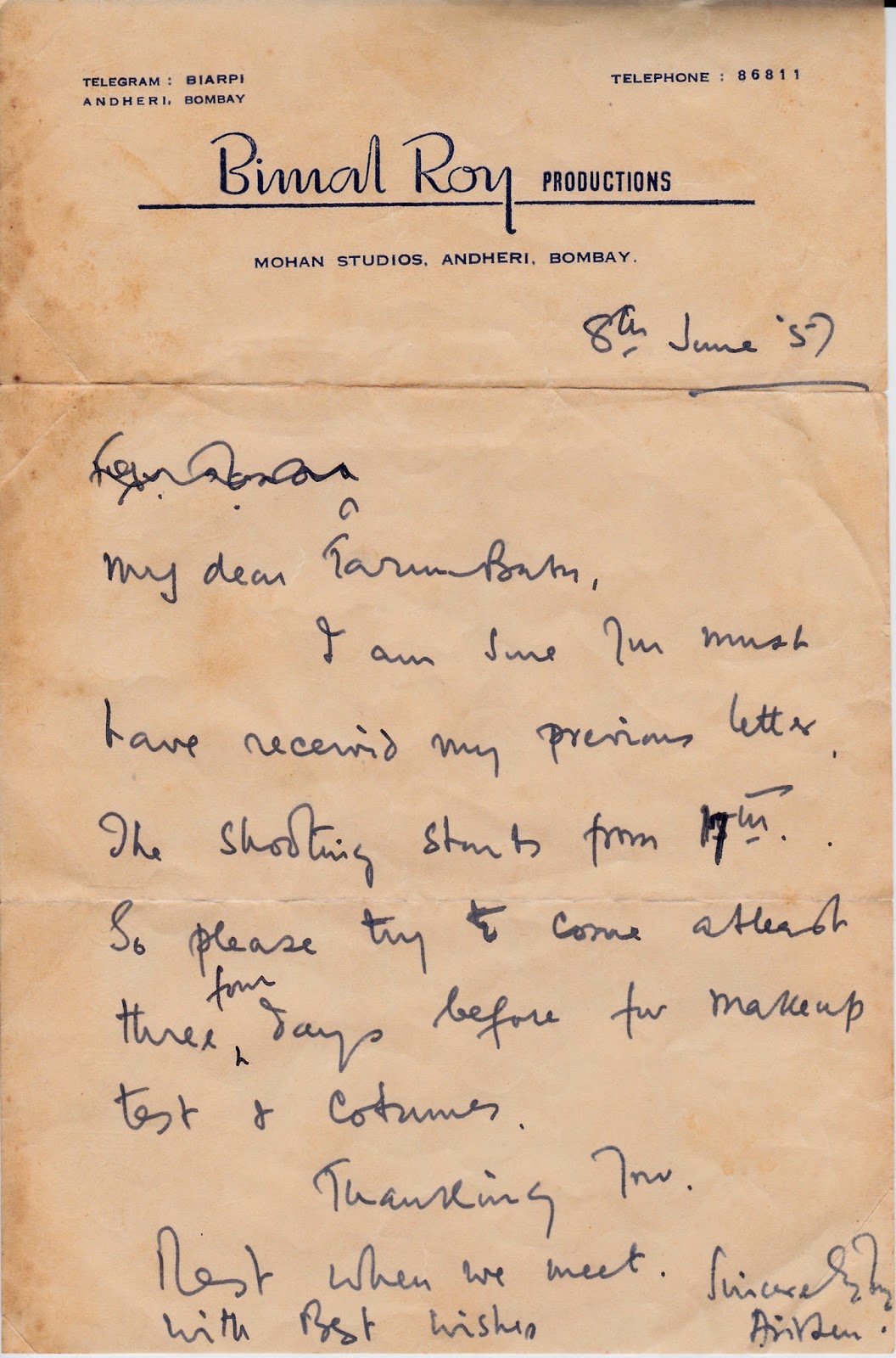 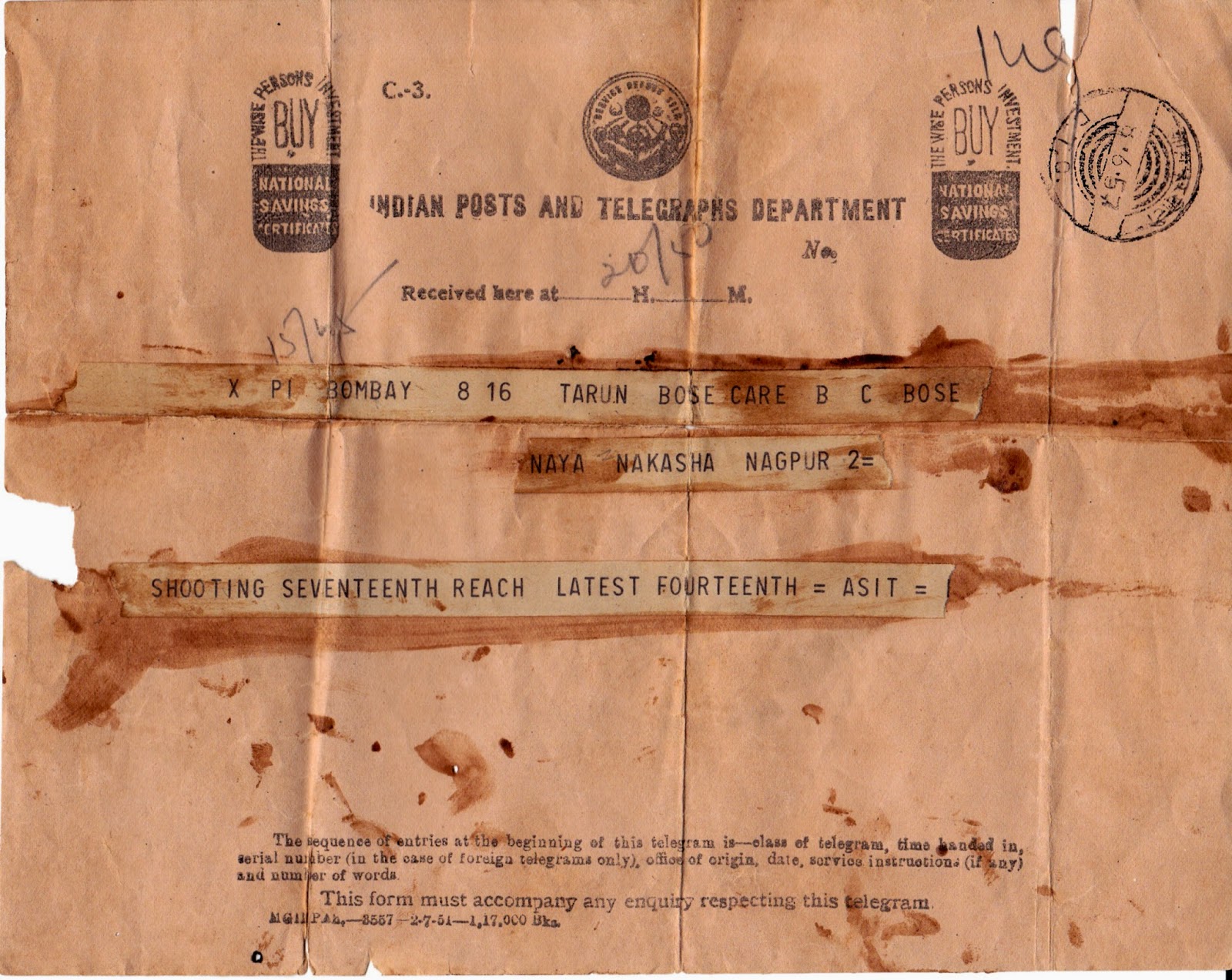 Below is my father's reply to the letter and telegram. I have been wondering if this letter was written by my father to Bimal Roy, what is this letter doing in our home? Shouldn't it have been at Bimal Roy Productions? Did my father later pick it up from the office and just to have it as sort of a keepsake? I guess I will never know the answer to that that one. 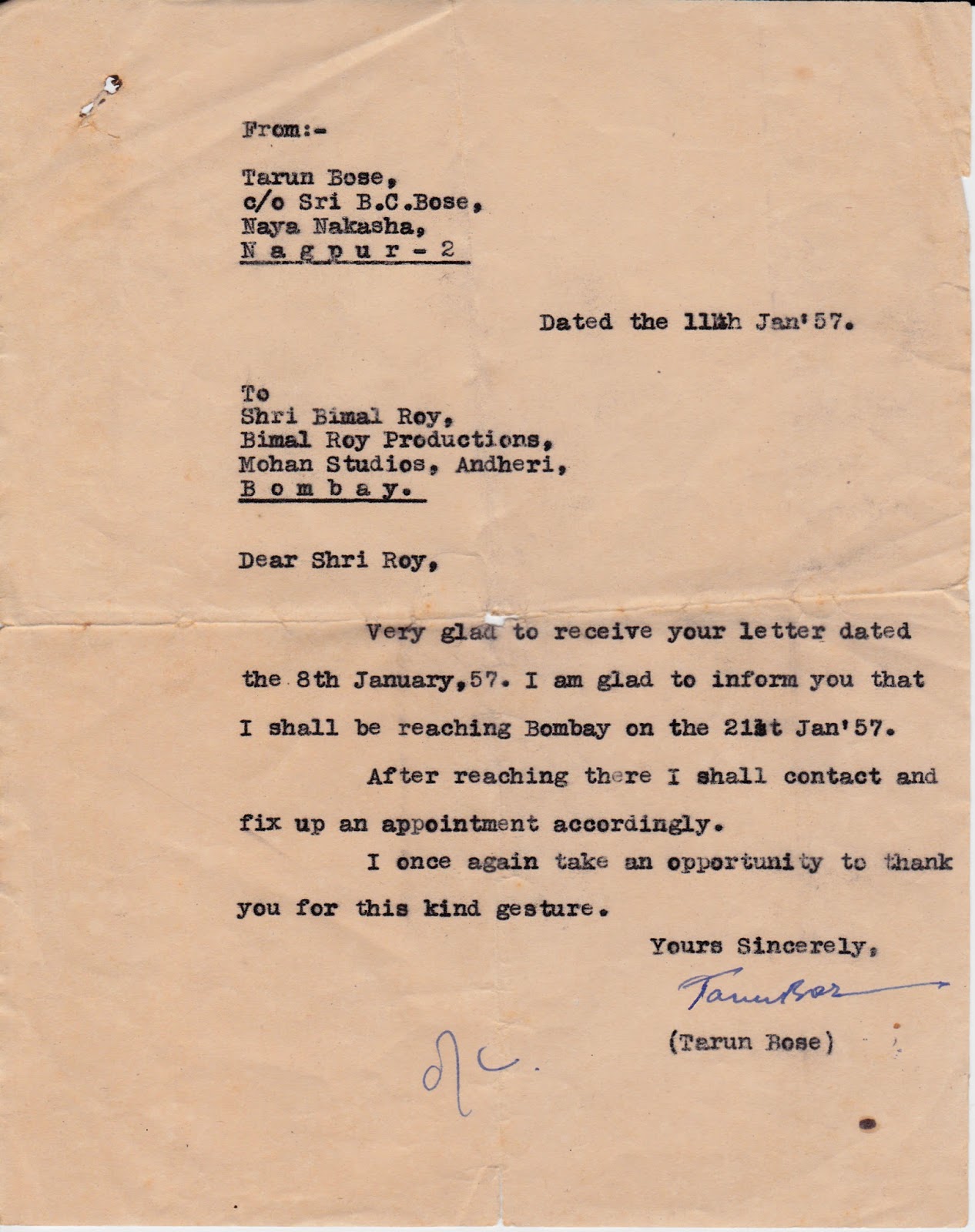 Before joining films my father kept a diary, some pages of one of his diaries were lying around at home. There is this page, for instance, where he has noted down the time and date of his elder brother's untimely demise. This loss was huge for my father, he had no other sibling. 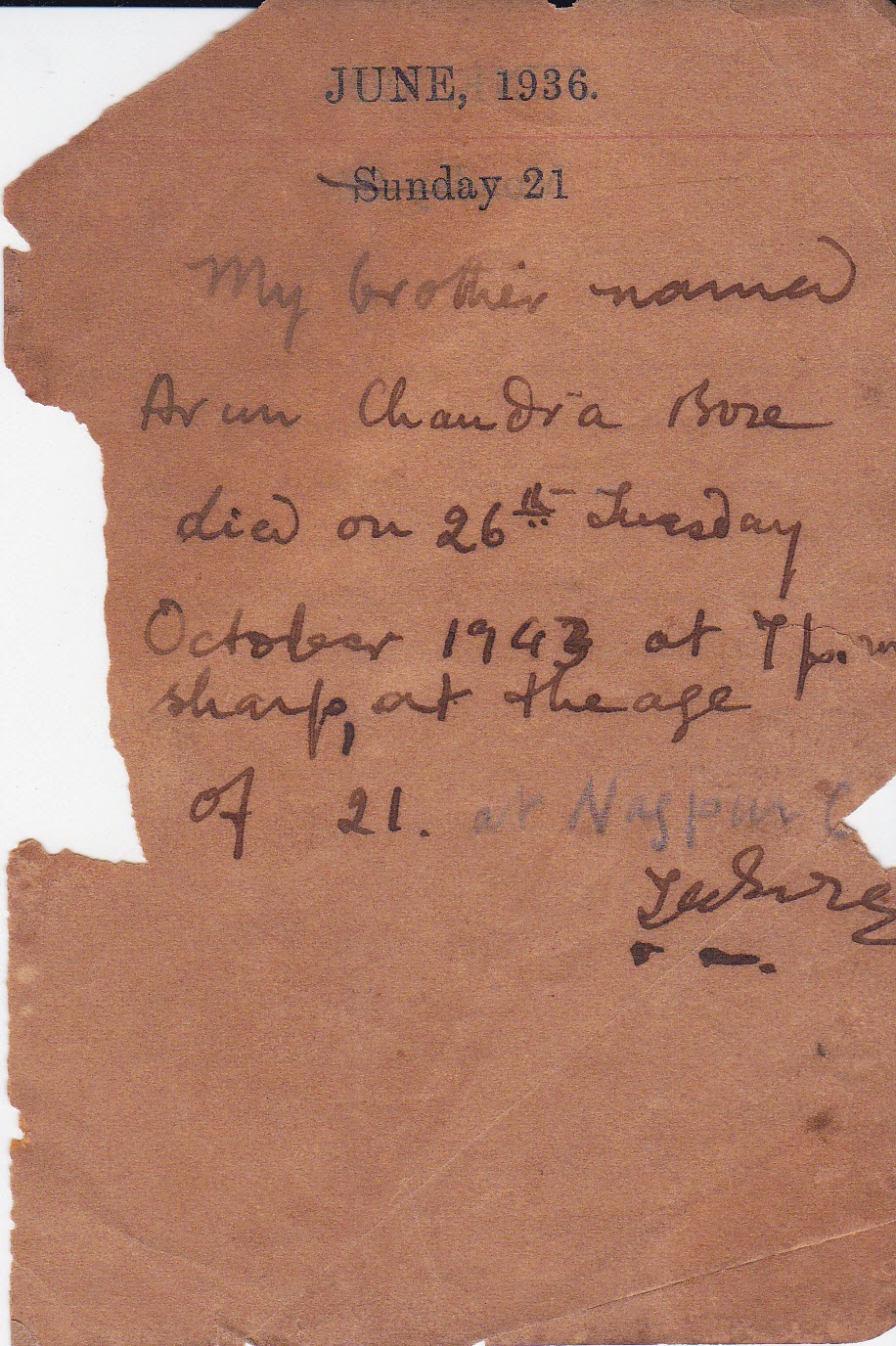 Here is another page where he put on record his shooting for his first film Apradhi Kaun. 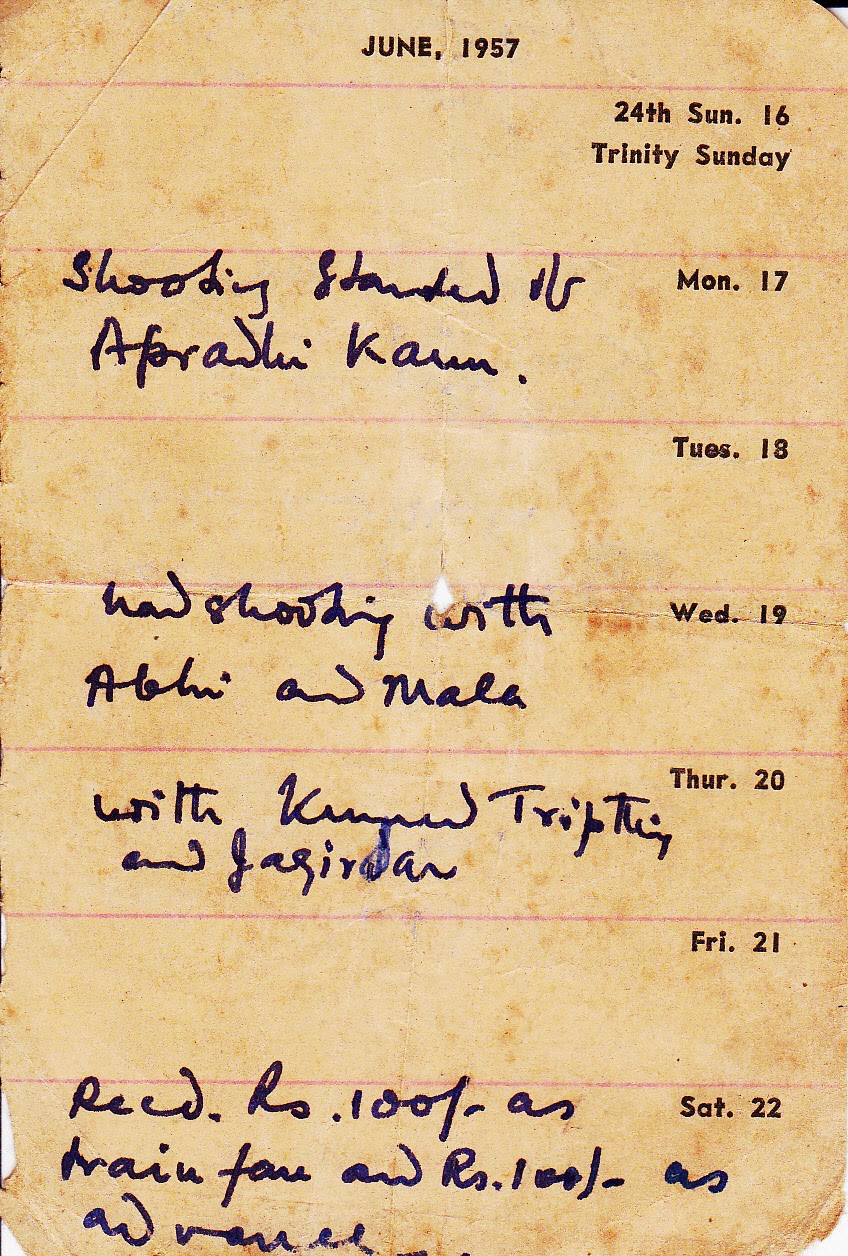 He later discontinued this habit of maintaining a diary, my brother and I never saw him doing it.

On second thoughts redoing the post does not seem to be such a bad idea after all, because now I am following a proper order and it seems to be an improvement over the one I deleted earlier. My only regret I lost the wonderful comments of my readers.

If you would like to read the letters, all you have to do is right click on the image, click on View Image and then magnify it.

Memories & Memorabilia will continue in my next post.
Posted by Shilpi Bose at 11:59