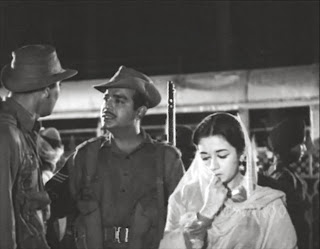 Ever since I was old enough to understand films, I was keen to see 'Usne Kaha Tha'. One of the reasons was that my father was doing something different for a change, he was playing the heroine’s(Nanda) husband. All I had seen him do was either play the villain or the father and usually not the affectionate father that he was in real life. There were a few films where he did play the affectionate father but they were more the exception rather than the rule. The other reason being, my father was brought back from the jaws of death by the film’s hero (Sunil Dutt). 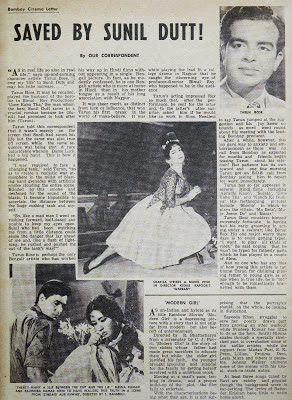 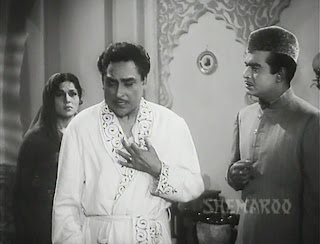 I mentioned in my last post that my father preferred to play the villain, I came to know about this from one of his interviews that I chanced upon long after he had passed away. Mum too confirmed this, after all one got a better opportunity to showcase one’s acting talent through such roles. I never saw Benazir in my father’s lifetime. Much later we did manage to get a video cassette, but it was  such a terrible one that I could make head nor tale of the film. Recently I managed to get the DVD and finally I had the pleasure of seeing my father in Benazir. This was just the kind of role he enjoyed playing. He didn’t have to do anything indecent like molesting the heroine for instance. I had mentioned in my guest post for Memsaabstory - The Soft Hearted Villain, he disliked doing such scenes. 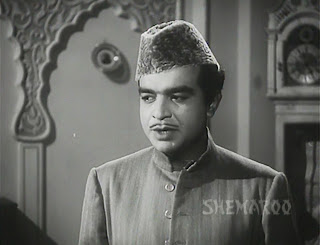 Benazir was not his first outing as a villain, Shama,another Muslim social co-starring Suraiya and Nimmi, which like Benazir was also in Urdu, came much earlier, but as I am still on Bimal Roy Productions, Benazir is the topic of this post.