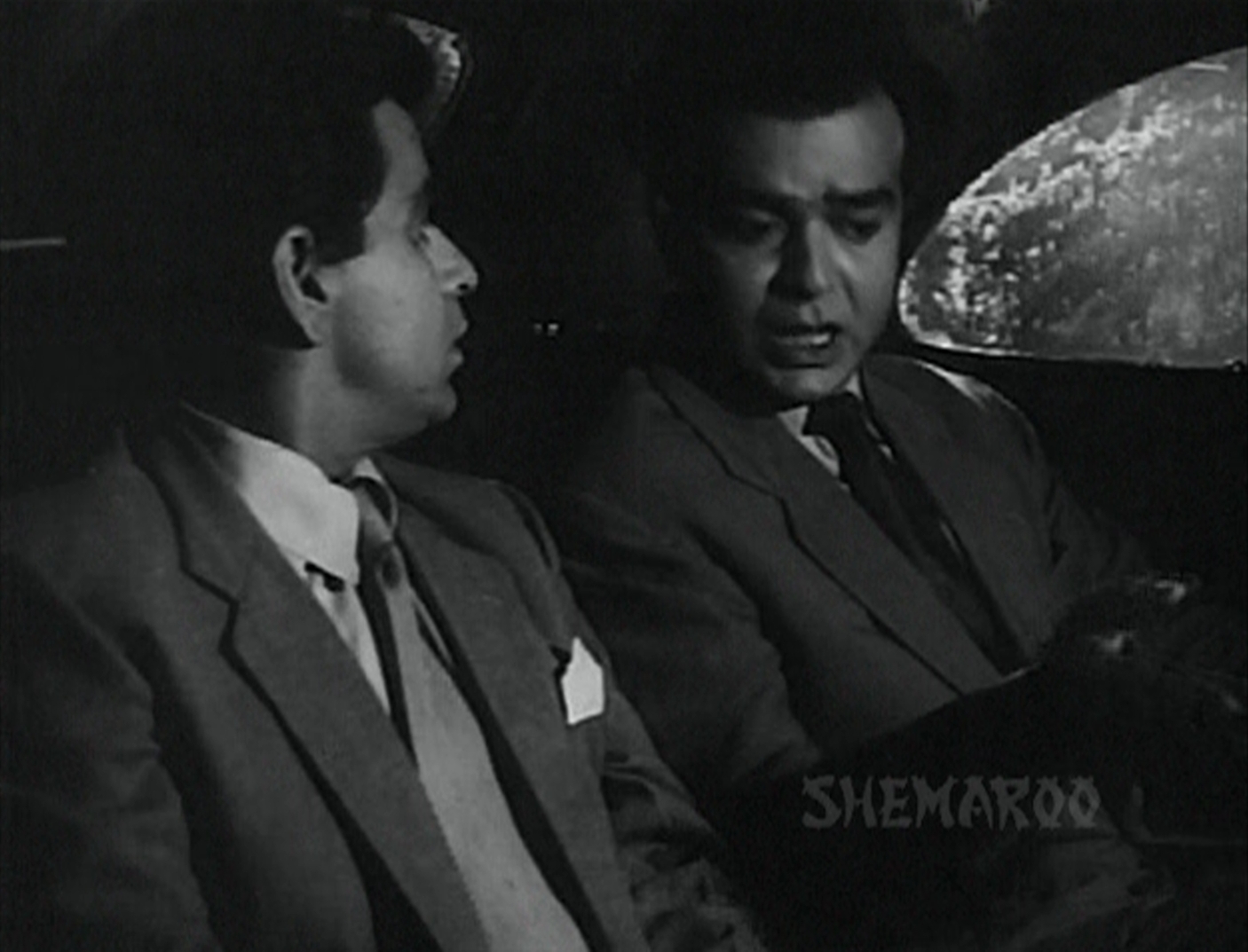 When Madhumati was launched my father was nowhere close to being in the film industry. According to what  a  former assistant of Bimal Roy  told me, Madhumati was under production for six years. Bimal Roy had staked almost everything on this film, had the film flopped it would have more or less sounded the death knell for Bimal Productions. Thankfully the film was a huge box-office hit and the entire Bimal Roy Production team heaved a huge sigh of relief, not only that a bonus was also declared. I remember my mum often telling us, " We purchased this (now I do not remember the item) with Madhumati’s bonus". Yes dad too received the bonus, because he too received a salary from Bimal Roy Productions; he was perhaps the only actor then to be employed by a production house. Although technicians were employed, actors had begun freelancing for quite some time. My father had requested Bimal Roy to pay him a salary, as he was a little nervous about exchanging his secure government job for the uncertain world of films.

My father was nowhere in the picture when Madhumati was being filmed. After Bimal Roy had decided to introduce my father, he invited my father to watch the film’s shooting, so that he would get a hang of how a film is made. They were shooting some scenes on location somewhere in the hills near Nagpur. Most of the film was shot on location in North India but some patch work shooting was done near Nagpur. At that time my father had no clue that he would be part of the cast. It was much later, after my father had perhaps already begun shooting for Sujata, that Mr. Roy asked my father to play the role of Dilip Kumar’s friend.

Light and Shadow
When you watch Madhumati what you immediately notice is that the director has handled the subject of re-incarnation with absolute finesse. This is a subject which perfectly lends itself to the play of light and shadow and you can see that Bimal Roy, who started his film career as a photographer, is in his element here, getting the best out of his cinematographer Dilip Gupta.

Effective use Of Silence
In the past directors were not afraid of silence both in India and the west. For quite some years now you find that directors whether here in India or in the west are a little vary of having silent scenes. They either fill it up with jarring background music which reduces the scenes impact or they have some silly song playing in the back ground. If you watch Madhumati you will notice that Roy has judiciously and effectively used silence and music.

Back ground Score.
As I was growing up, I learnt one thing and that is, if any filmmaker wanted his background score to make an impact then he automatically chose Salil Chowdhury for the job. When it came to background music, Salil Chowdhury was considered to be the undisputed king, therefore when it came to B.R.Films  Kanoon and Itefaq –films without songs- the Chopra brothers chose Salil Chowdhury  to compose the background music for the films. In Madhumati too the background music plays a very important role in creating the right atmosphere for the film.
It begins right from the opening scene where Devendra (Dilip Kumar) and his friend the doctor (my father) are on their way to the railway station on a stormy night. 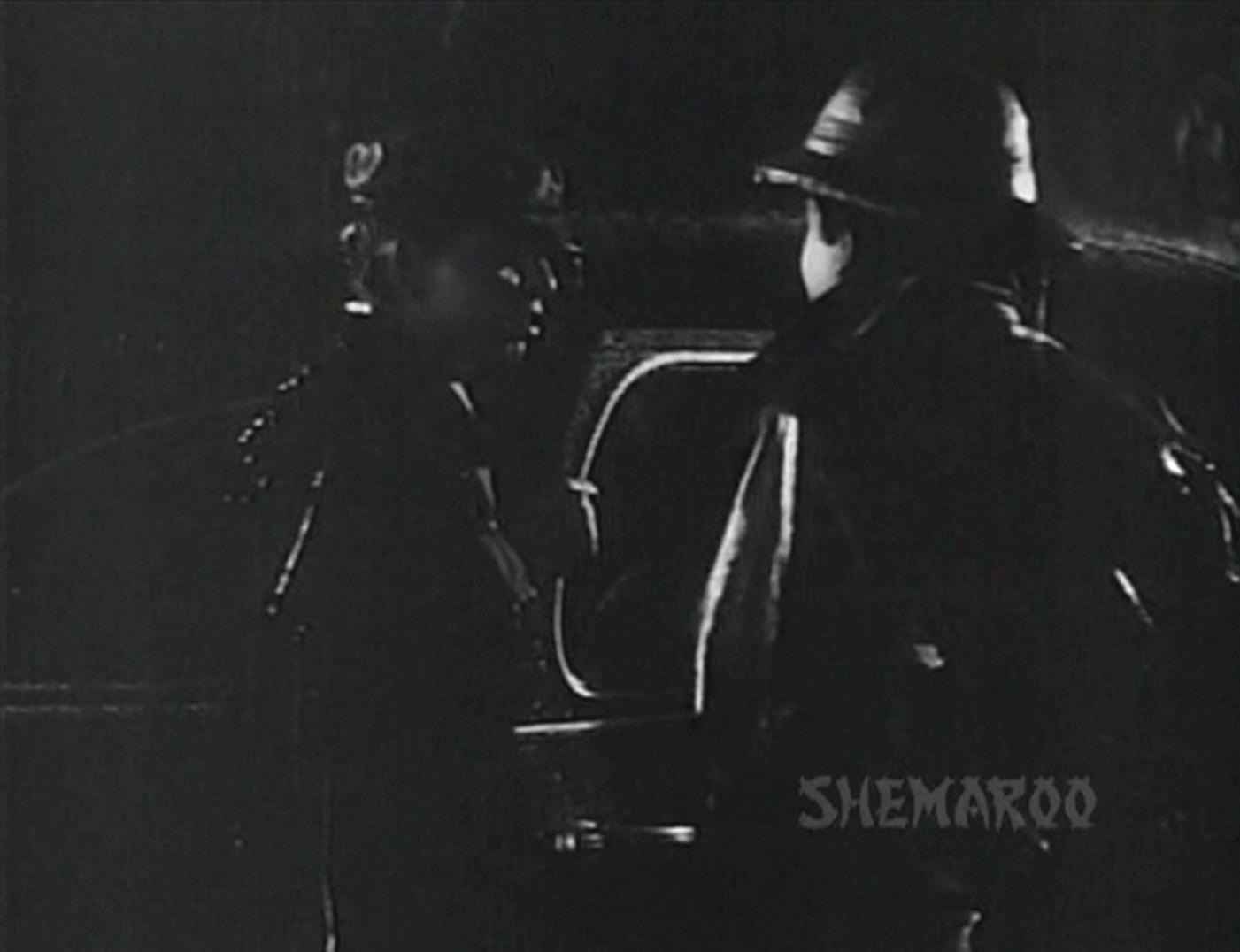 Stranded in the rains they are compelled to take shelter at a very old haveli. 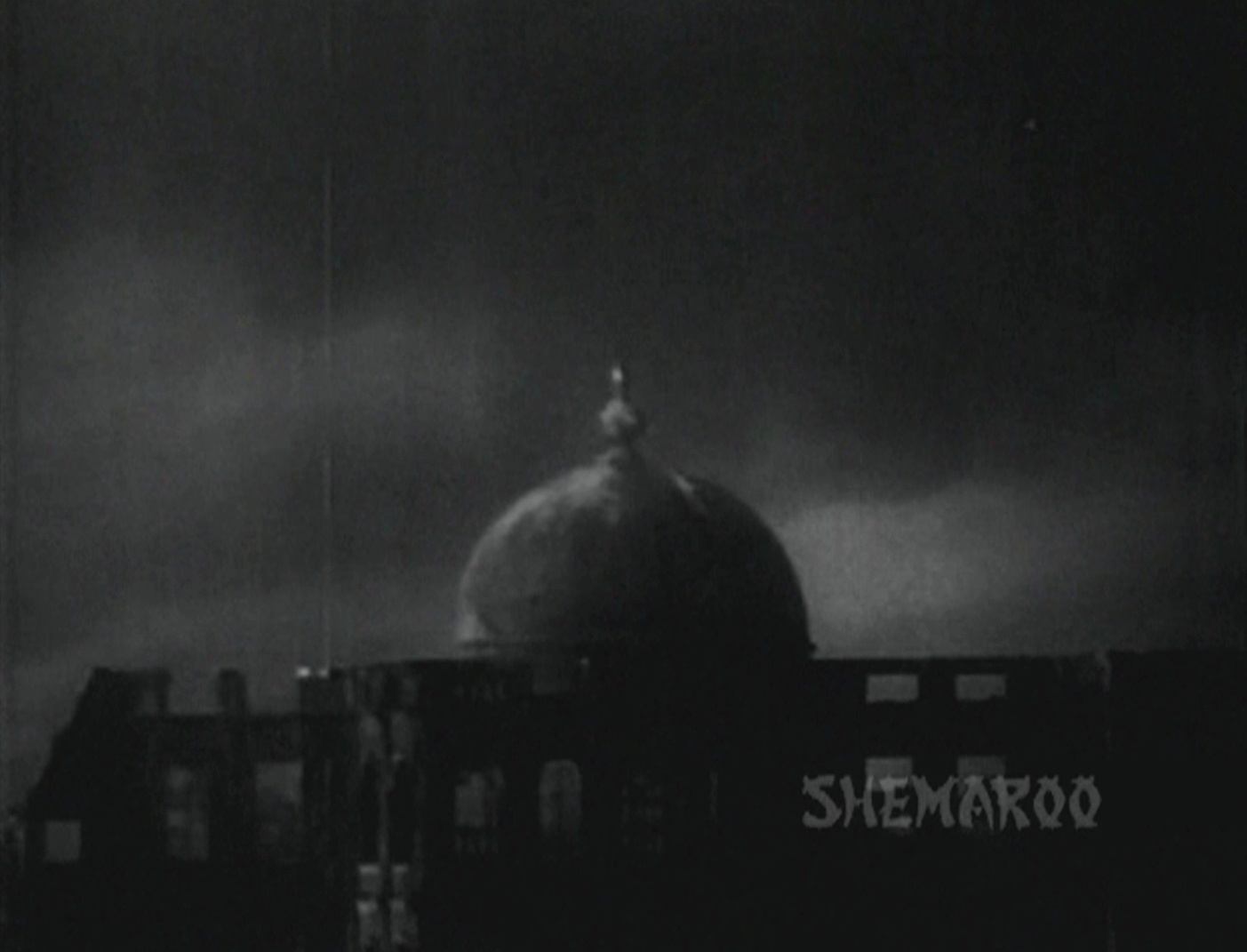 As you watch the scene you will see how the background music has been sparingly used, most of the time you hear the sound of rain, a play of light and shadow due to the lightning and the creaking sound of the door. That something is about to happen is conveyed subtly when the doctor looks a wee bit confused- there is frown on his face- when he sees Devendra tugging at the rope connected to the doorbell, for the obvious question here is, how did Devendra know that rope was actually connected to the door bell? 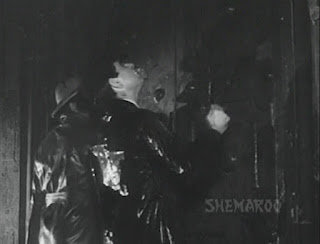 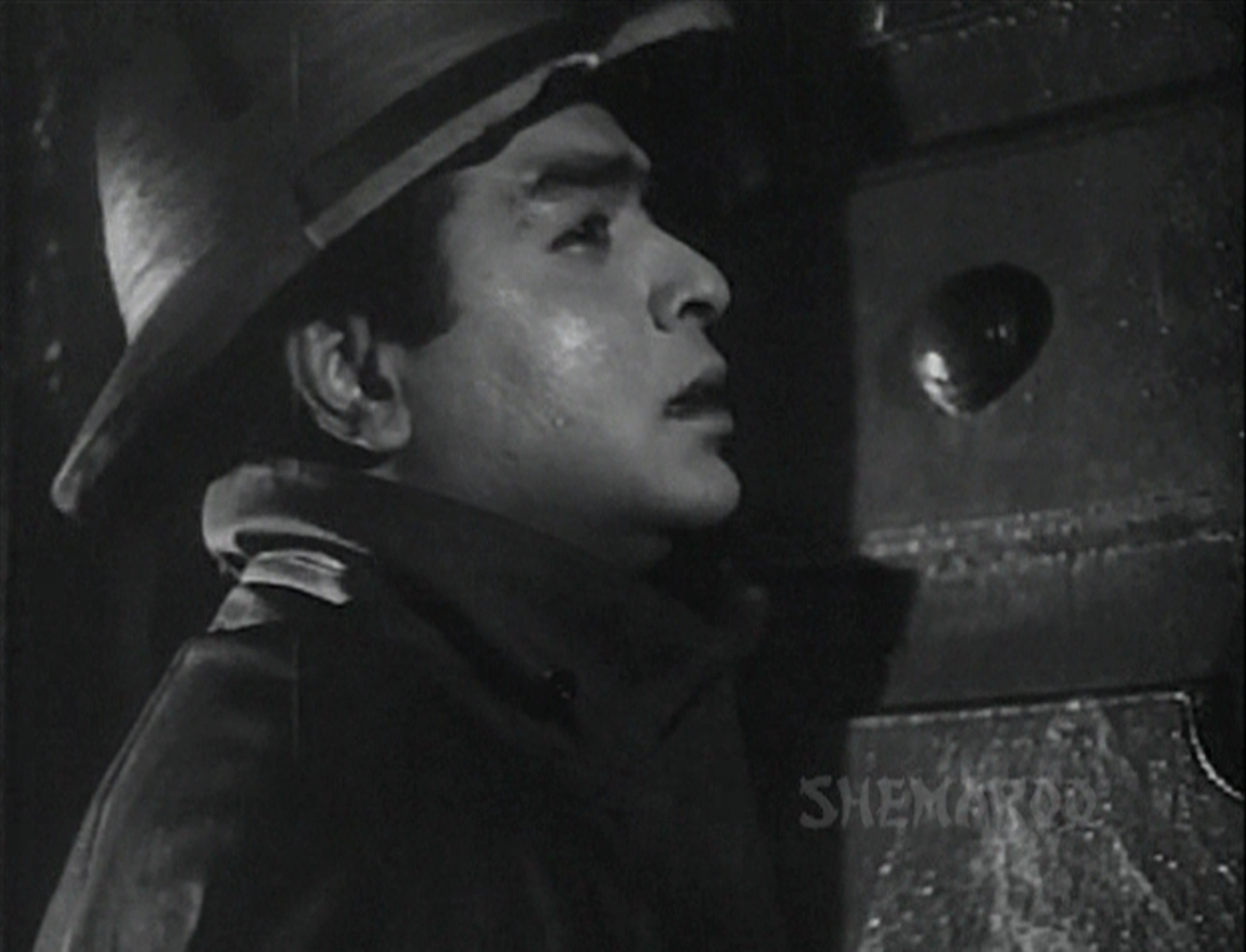 Here is the clip:

The next clip is my favourite scene from the film both in terms of the picturisation and the background music. This is the sequence where Devendra begins to get flashes of his past life. The visuals and the background music created quite an impact on my mind. There are various elements in this sequence. Just take a note of the various images flashing into his mind, hilly terrain 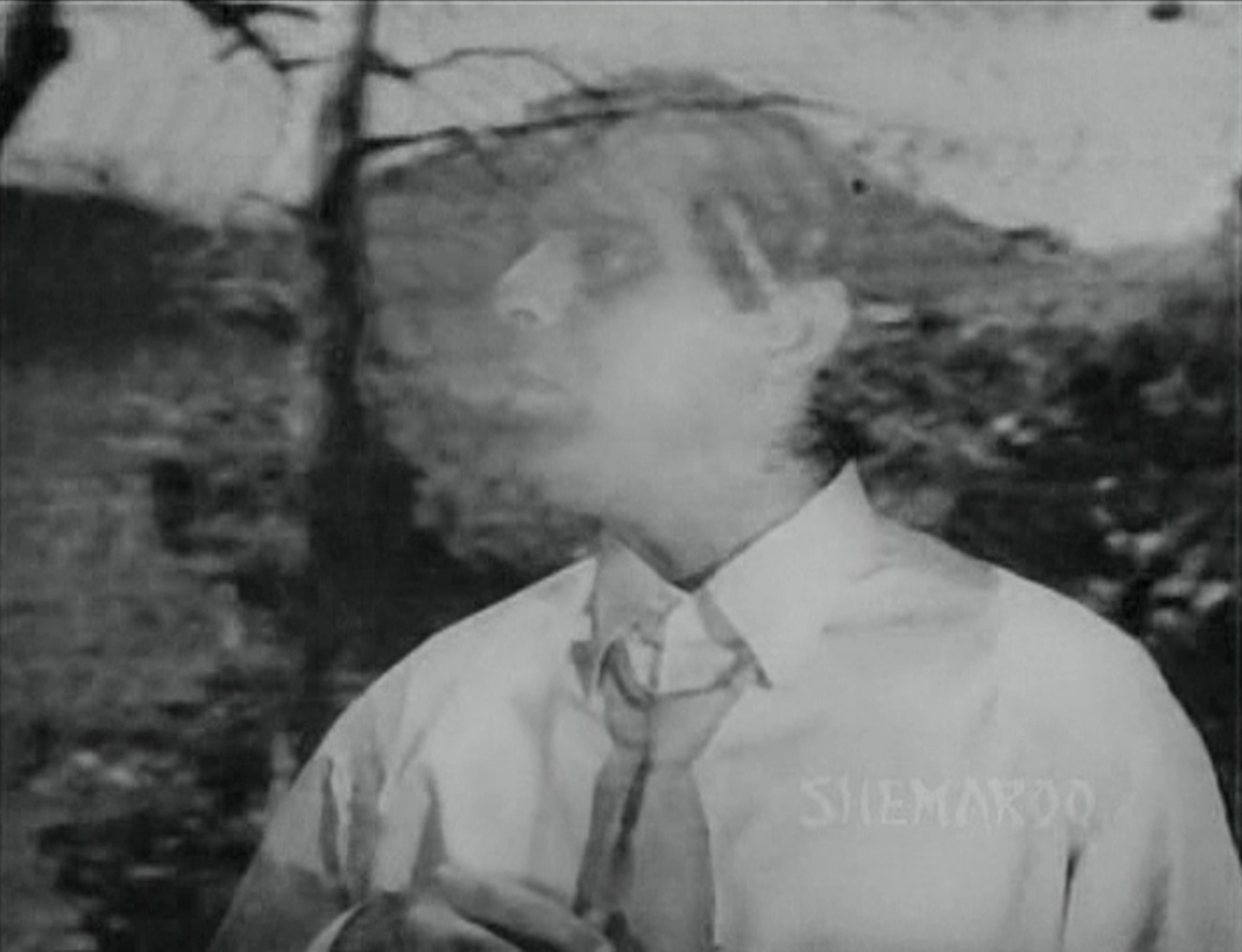 and then the sound of a horse and the image of someone riding a horse. When he begins getting flashes of his past life, you see a curtain flying in the room where his standing, now take a look at the right had corner of the screen cap below, you will see the flying curtain.  I quite liked that touch. 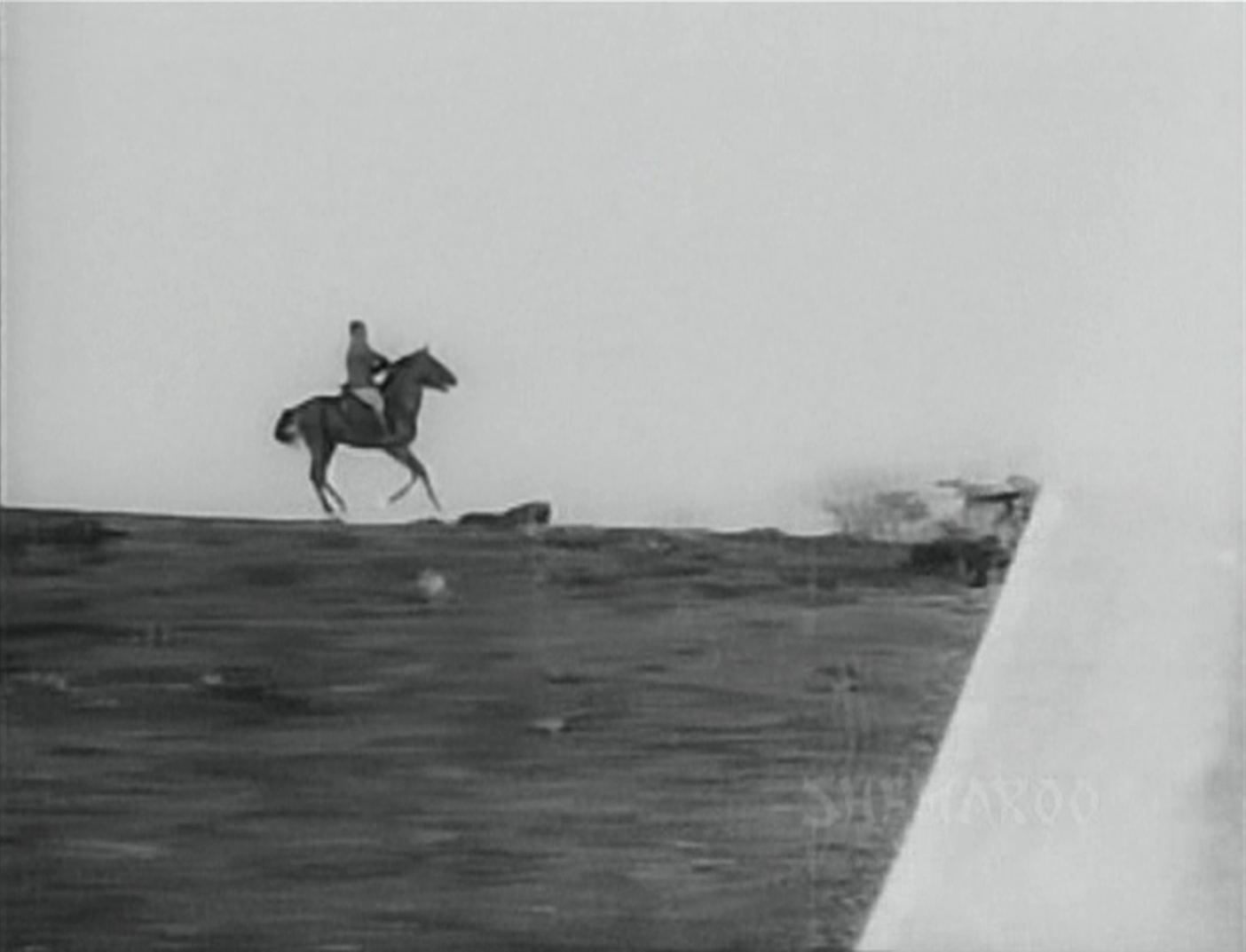 Throughout the film, Roy made effective use of the chandelier to create an impact and in this scene you see the chandelier and alongside  you see  a rather handsome looking Pran emerging. As for the background music, well you have to just hear it. 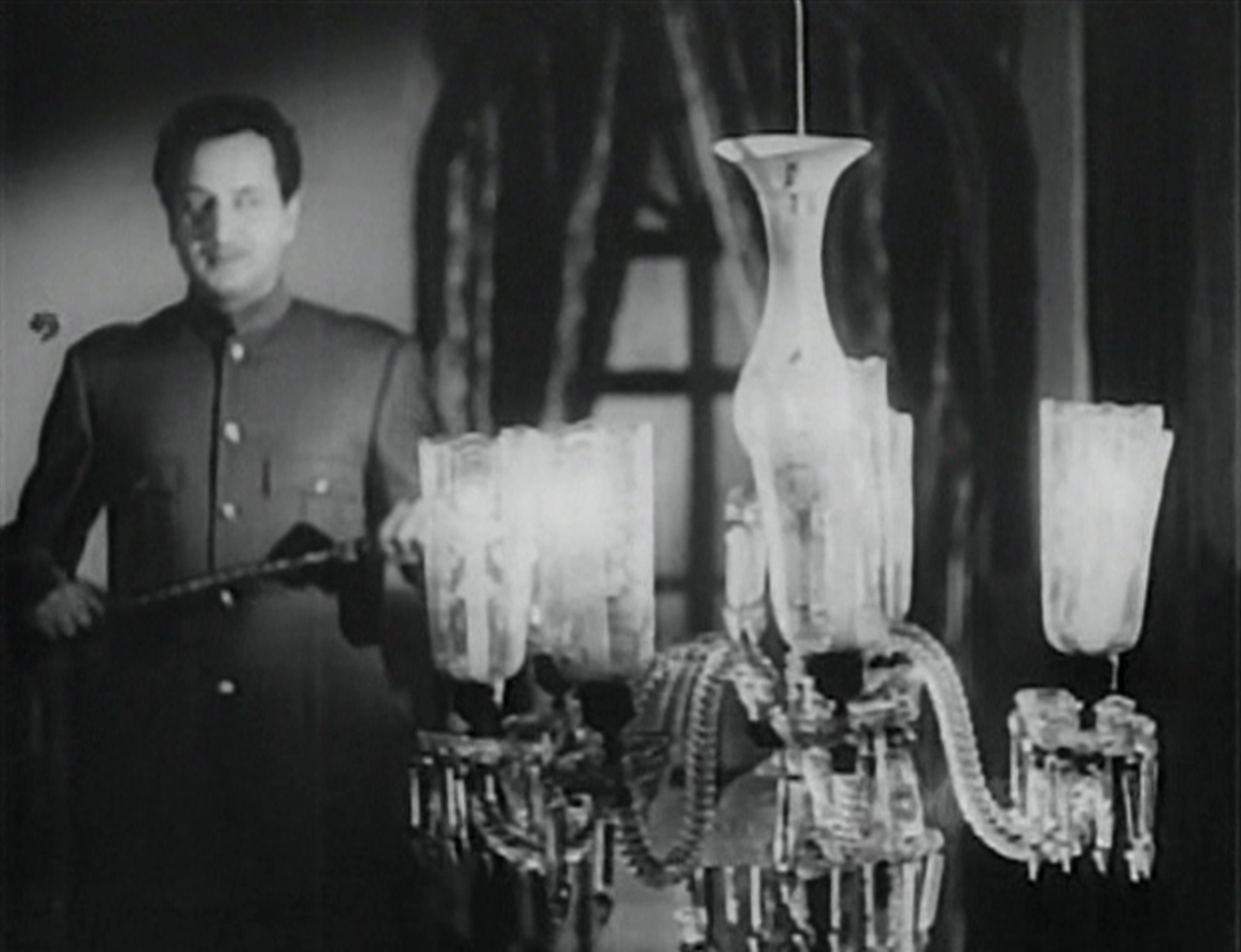 Another scene that I really like is the scene where Devendra is trying to trap Ugranarayan(Pran) by scaring him,you will notice how effectively Roy has once again used the chandelier 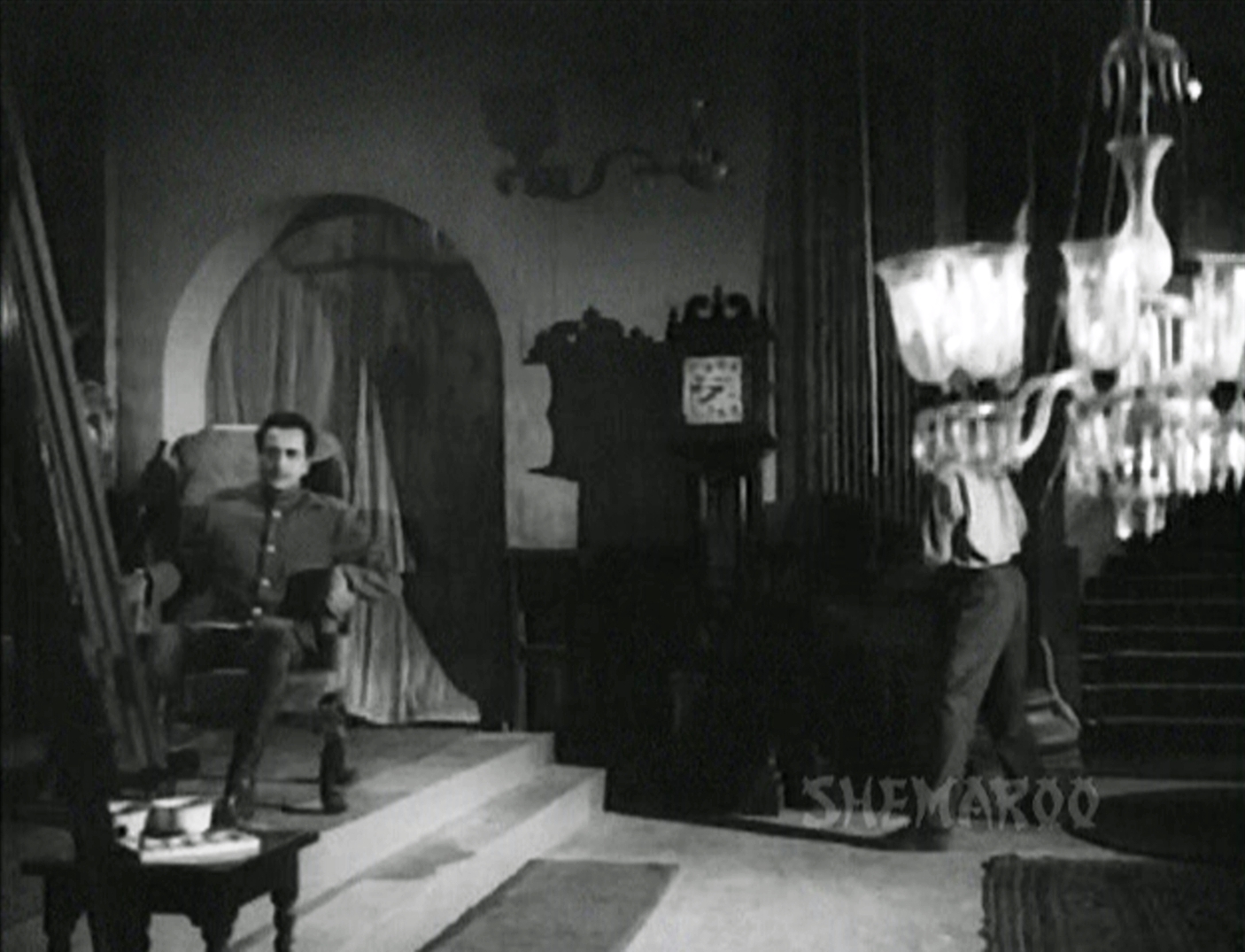 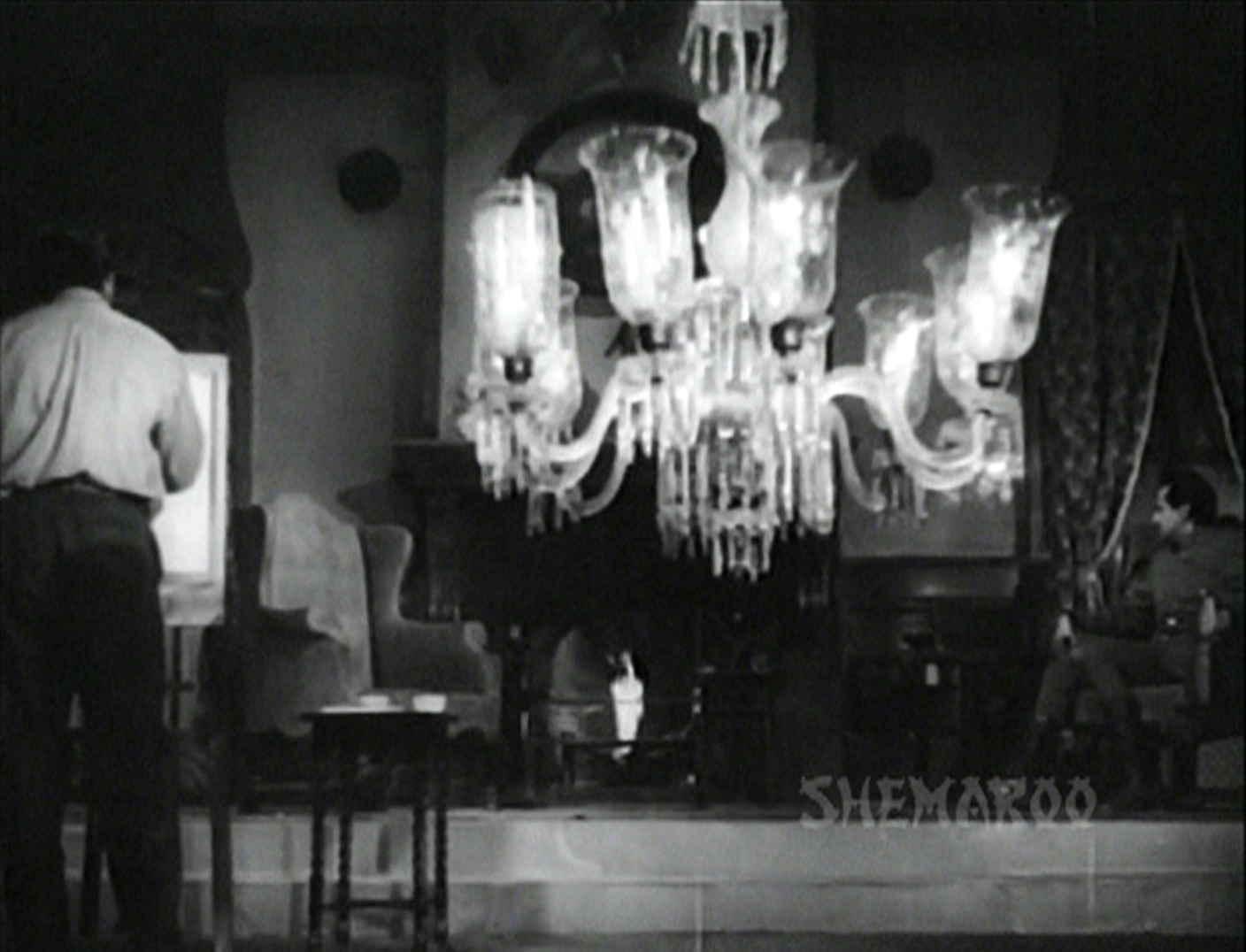 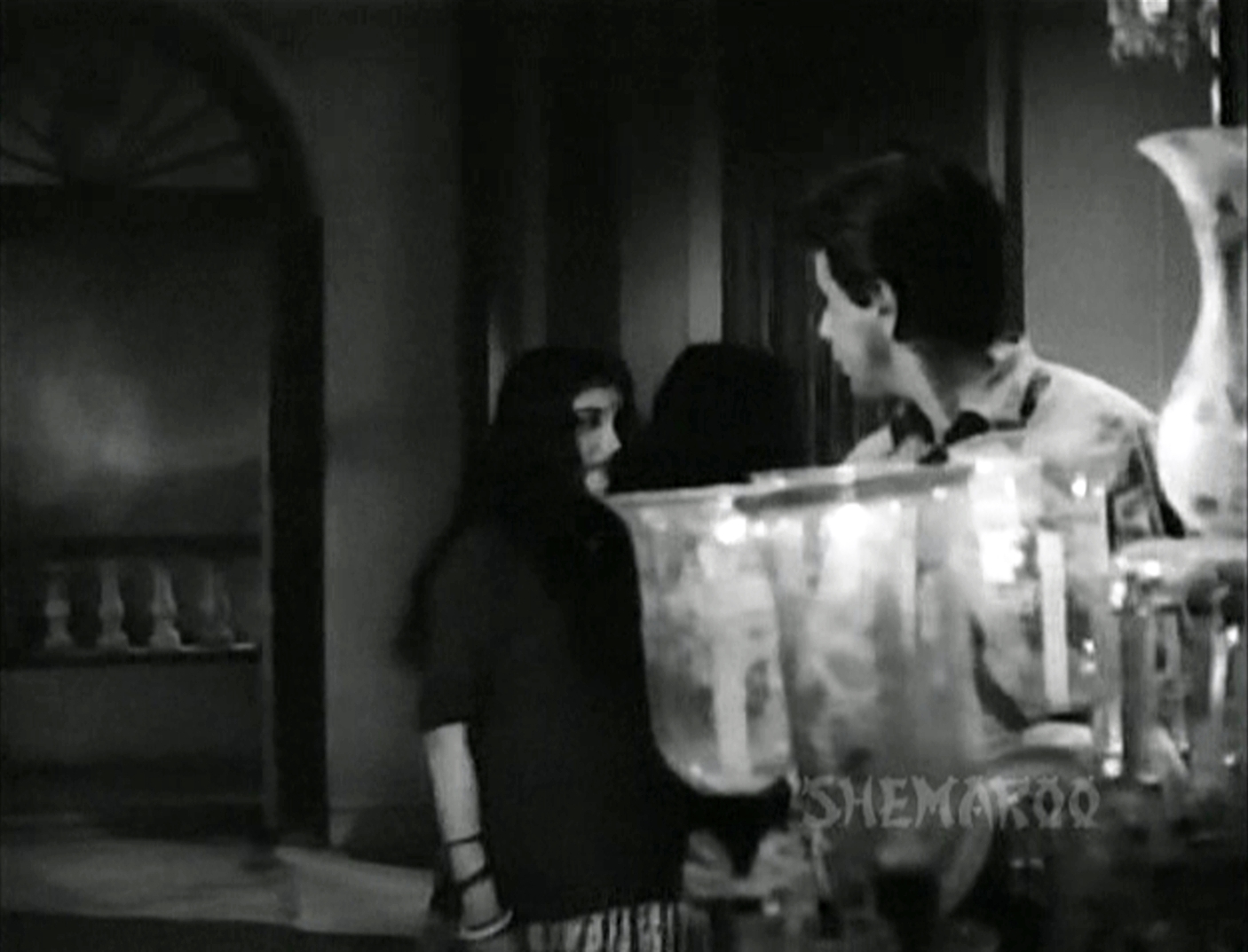 and then there is the background music- well, no- I think the correct term would be, background sound.
Note the sound of the storm, the payal (anklet) and the clink,clink of the chandelier.

I will continue the Madhumati story, this time focusing on the comedy scenes and of course some trivia.
In the meanwhile you can watch Madhumati online
Posted by Shilpi Bose at 09:59