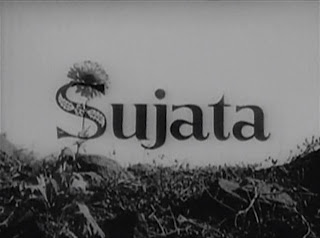 After the brief interruption caused by my unlocking some sweet memories, I am now continuing with my posts on Bimal Roy. This time I shall discuss Sujata﻿.

Before I go on to Sujata, I would like to share something with my readers; some jerk has been commenting anonymously on this blog (older posts). The comments have no relevance to this blog or to any film blog for that matter and has been giving links to his or her blog (I do not know if I should call the person a jerk or a 'jerkie' since I do not know if it's a male or female), I have therefore been compelled to enable my moderation option for the older posts. So please understand my predicament in case  any of you find your comments going for moderation. Thanks. Having now got that out of the way, let me go back to Sujata.

My mum believed and possibly my father did too, that Mr Roy had Sujata in mind when he invited my father to Bombay. I heard from some sources that while there were several actors who could easily play the older Upendranath ( my father's name in Sujata), the problem that Mr. Roy faced was that, he just could not find anyone young enough to play the young Upendra.

Sujata is based on the Bengali novel of  the same name written by Subodh Ghosh. Those of you who have not seen the film, click here for the story and the film's  review by my fellow film blogger Dustedoff.
The story revolves round Sujata an untouchable girl who ends up at Upendranath's home due to some circumstances.Upendranath and his wife -- played by Sulochana -- try their best to send her away but are not successful. It is while they are trying to get somebody to take responsibility for the child that you notice how attached they have become to the little girl and are not able to let her go.

Their reluctance to send her away is portrayed by Bimal Roy in a very subtle manner. There is a saying in Bengali which when translated into Hindi would read, aankhon mein ungli daalkar dhikhana. How do I translate or render that into English? It would perhaps read, overemphasizing or overstating a point. Bimal Roy never overstated or over-dramatized a scene, when you watch Sujata you notice it in those scenes where Sujata is being sent away. The first scene is when Sujata is a baby. Upendranath had asked the villager to look for someone from Sujata's community who would be willing to take the child's responsibility. When the villager comes with this man to Upendranath's house to take the child, you see my father seated  with his back to the villager, almost consciously avoiding looking at the villager's face. You can see from his expression that he is clearly upset. 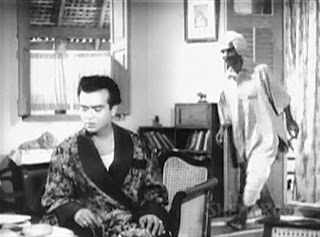 Later when the villager asks for the child, Upendranath snaps at him,telling him to ask the ayah, outwardly pretending not to be interested. 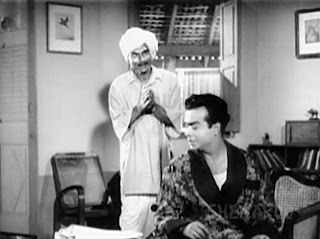 The fact that Upendranath is upset at having to see Sujata go, is subtly indicated by the director by showing Upendranath hiding his face behind the newspaper while the domestic help takes the child away. 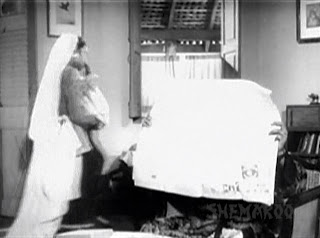 After an unsuccessful attempt at sending the infant Sujata, Upendranath and his wife Charu try once again -- this time Sujata has grown up and is now a little girl. Upendranath locates an orphanage and writes to them, however when he receives a positive response from the orphanage, you see him sitting with his eyes closed, hand on his forehead and his wife a bit worried at this forlorn posture of her husband. 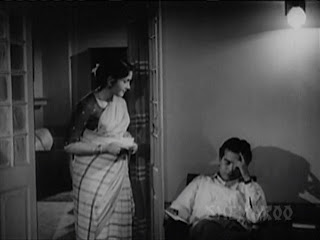 When you take a look at the scene, you see that when Charu asks her husband to take the child to the orphanage, Upendranath makes a lame excuse of excess work. As you watch this scene you will notice the subdued tone of my father's voice.
﻿

On Charu's suggestion, Upendranath requests his daughter's teacher to take Sujata to the orphanage. In the subsequent scenes you see how sensitively Bimal Roy portrays the emotions of Upendranath, Charu and Sujata.

As Upendranath leaves for work, he watches with a dejected expression Sujata playing with her doll. 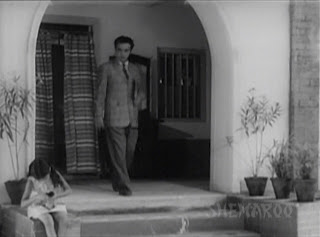 ﻿
Sujata notices her foster father has forgotten to wear his hat and she rushes to get the hat. 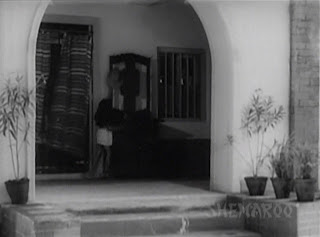 She calls out to her 'Bapu' - that is what she calls him - and gives him his hat, telling him if she hadn't noticed he would have had to suffer the heat, here Bimal Roy shows Sujata's caring and observant nature. 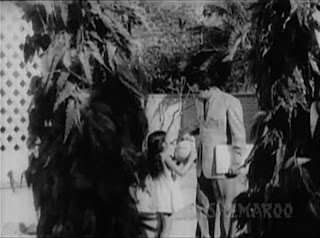 Upendranath lovingly strokes her hair. This scene is very touching. 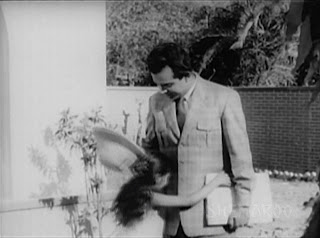 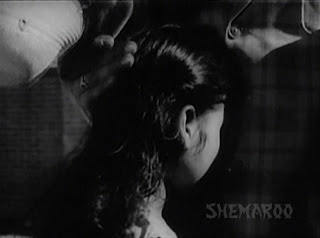 Then there is a close-up of Upendranath's face and you see how miserable he is. 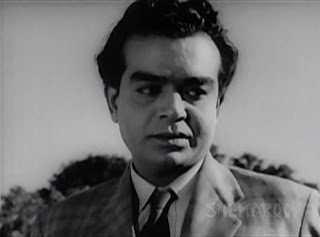 I am moved every time I watch this scene. He was my father, so I will not blame anyone for calling me prejudiced, but I feel that dad's performance was excellent and what is more this was just his second film. However, my father himself was not that satisfied with his performance when he saw the film again much later in life. My mother used to say that dad would cringe when he saw some of his scenes and remark,"If I could do this film now when I am more experienced, I would do a much better job." As far I as I am concerned, he was perfect.

When Sujata is being taken away by the teacher, you see Charu's tense expression, there are no dialogues, just Sulochana's expression conveying her agony at having to see Sujata go. 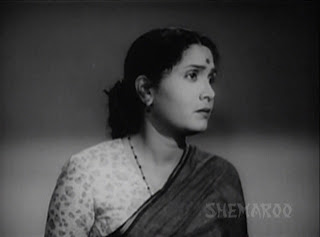 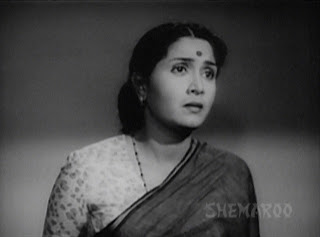 Charu is not able to control herself and she decides to take a last look at Sujata and opens the window, Sujata sees her and realizes that the teacher had lied to her. The teacher had fed her some cock and bull story about taking her to a fairy land and that her Bapu, Ammi  and their daughter Rama had already gone on ahead. 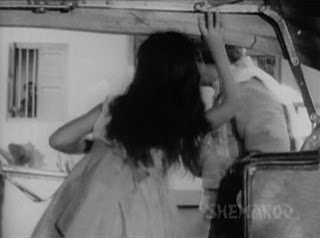 Realizing that she had been tricked, Sujata rushes back to her Ammi. 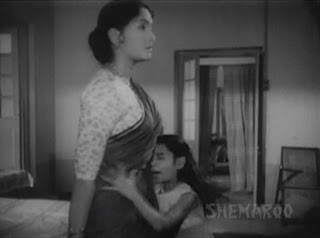 There is no melodrama and no over the top dialogues or acting and yet the director succeeds in striking a chord in your heart.

There is another absolutely lovely scene to which I would like to draw your attention. Sujata realizes that Adhir (Sunil Dutt) loves her. Her happiness knows no bounds and this is depicted by Bimal Roy very aesthetically, there is no song only music. The music in this scene is a treat to the ears for you get to hear instruments like the sitar and the flute, these instruments have more or less disappeared from Indian film music thanks to the arrival of the synthesizer.
﻿

I will continue with Sujata in my next post where I will focus on some more scenes, Bimal Roy's handling of children and last but not the least some trivia.﻿
Posted by Shilpi Bose at 10:21